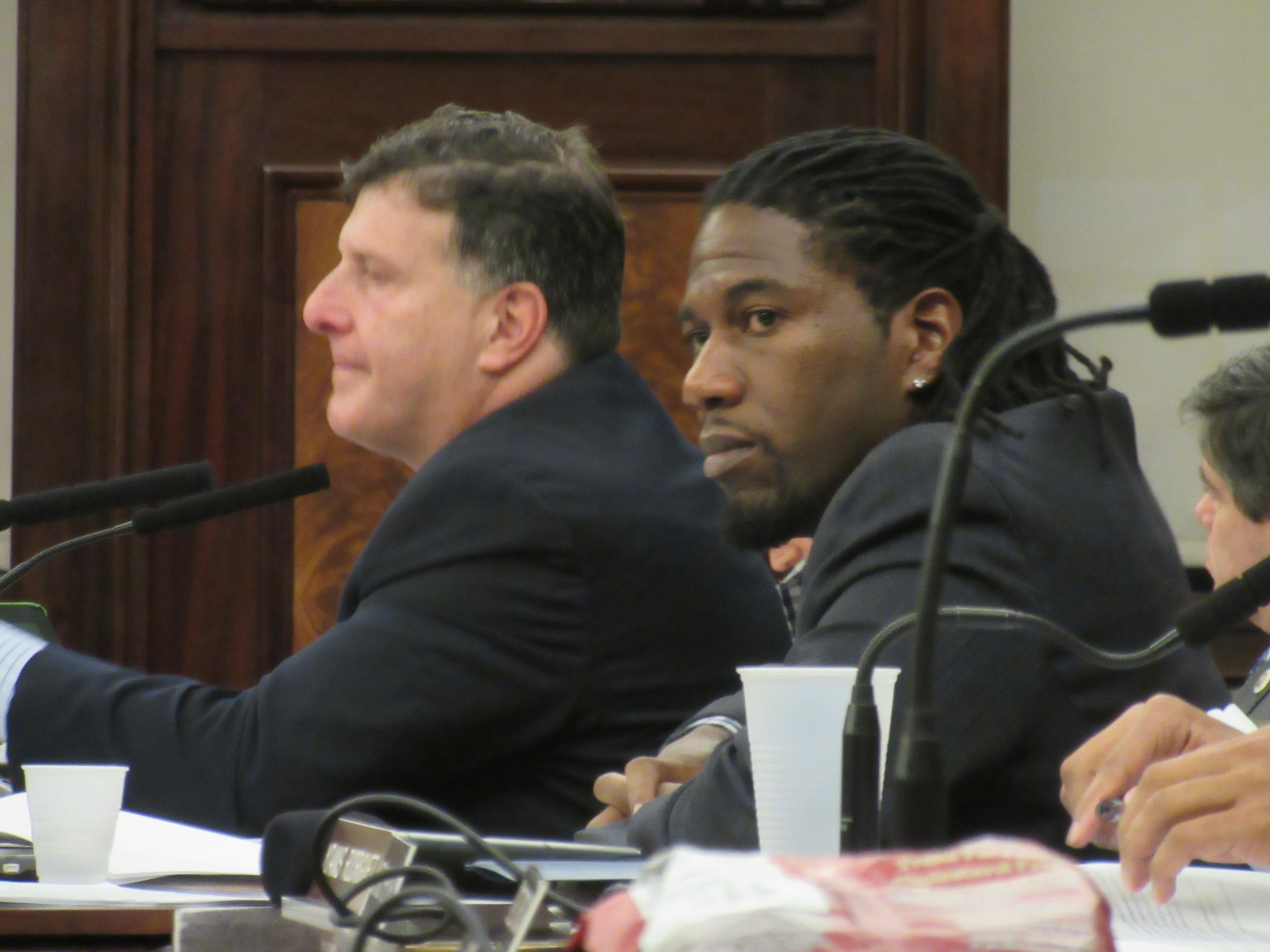 By Will Bredderman posted on the observer.com

The proceeding was the latest battle in a long and bitter war between Cablevision and the Communication Workers of America union over the organization of the company’s Brooklyn branch, which has resulted in multiple lawsuits and charges of unfair labor practices against Cablevision from the federal government’s National Labor Relations Board. The Council members alleged that the company had violated terms of its franchise to provide services in the Bronx and Queens that guarantee collective bargaining rights—while Mr. Mastro pointed out that the body has little to no power to arbitrate franchise contracts or labor negotiations, and called attention to the ties between the CWA and the Working Families Party and between the WFP and the Progressive Caucus and Mayor Bill de Blasio.

“The CWA and WFP have infiltrated our city government at all levels. It is unseemly for the Council, acting at their behest, to insert itself into private labor negotiations. It serves no legitimate governmental purpose, it won’t work, and it has to stop,” said Mr. Mastro, noting that the Council held a previous hearing on the franchise to deliver Internet and cable to 700,000 customers in the two boroughs, and that the franchise does not expire for another six years.

Mr. Mastro instead demanded the Council hold hearings on a Department of Investigations report that found Mr. de Blasio inadvertently violated city regulations by holding a meeting with CWA members in a public school that excluded the public and the press. The attorney—a former deputy mayor during the Giuliani administration—claimed that the DOI investigation did not go far enough, and argued the meeting constituted an illegal political event on public property. “It seems very clear that there may have been political activity. It was an anti-Cablevision rally, the mayor and the union, and that’s political activity,” he said. “That is something that this Council should be holding hearings on as well, not just on private collective bargaining arrangements.”

Mr. Mastro has grabbed headlines for suing the WFP on behalf of Staten Island Republicans for its practices in the Council campaign of Progressive Caucus Councilwoman Debi Rose—a suit that the party ultimately settled out of court. The United States Attorney’s office later found no wrongdoing on the party’s part, but a special prosecutor appointed to investigate the Republican claims filed criminal charges against some WFP staffers for allegedly conspiring to defraud the city Campaign Finance Board. More recently, Mr. Mastro has come to prominence for representing New Jersey Gov. Chris Christie in the investigation over the closure of lanes on the George Washington Bridge in the “Bridgegate” scandal.
NEW YORK, NY - MARCH 27: Attorney Randy Mastro answers questions at a news conference on March 27, 2014 in New York City. (Photo by Richard Drew-Pool/Getty Images)

“It is no secret the WFP has used questionable methods to achieve its political objectives,” Mr. Mastro said, accusing Council members of reading their questions from a WFP script he claimed the party had circulated via e-mail the night before.

But several Council members in the Progressive Caucus said they took offense to Mr. Mastro’s criticisms, and fired back with nasty remarks of their own.

“Much of what you have said has been asinine, absurd and empty-headed and has no business being in this testament today,” said Brooklyn Councilman Jumaane Williams before bickering back and forth with Mr. Mastro when the attorney attempted to interject. “I’m talking! This is my time and you’re going to listen to what I’m saying now and answer the questions that I ask, period.”

Queens Councilman Donovan Richards also fired at Mr. Mastro, whom he accused of disrespect and rudeness.

“You are an embarrassment to your company. You are a huge embarrassment,” said Mr. Richards. “If you were in your house the way you are acting would be acceptable. But you are in our house.”

All denied using or receiving any memo from the WFP.

Mr. Weprin, a member of the moderate Queens delegation, repeatedly reminded his progressive colleagues to allow Mr. Mastro to answer their questions—questions that often only concluded after extended digressions attacking Cablevision and Mr. Mastro personally. The chairman also accused Mr. Mastro of “filibustering” the proceedings by talking too much, and requested that the attorney use “less four corner offense and more triangle offense, to the point.”

But he echoed his colleagues’ skepticism about Cablevision’s motives.

“We’re a little skeptical of Cablevision doing this as a fight for the American worker,” he said.

The room was packed with red-shirted pro-CWA workers and blue-shirted pro-Cablevision workers, and accusations flew both ways that few if any of them belonged to the contested Brooklyn Cablevision branch.

The matter in contention is the NRLB’s charges that the corporation violated labor regulations by laying off 22 pro-union workers—who it subsequently rehired—and allegations that Cablevision Chief Executive Officer James Dolan illegally told Cablevision workers he would deny them raises and new training unless they voted the union out the night before the company polled its Brooklyn employees on whether they wanted to remain with the CWA. There are also charges of spying and intimidation against the company in the handling of its Bronx department, which voted against joining the CWA last year.

Brooklyn Councilman Brad Lander and Manhattan Councilman Mark Levine—neither of them members of the Zoning and Franchises Subcommittee, but both members of the Progressive Caucus—pressed hard on the legal labor concerns. Both noted that the company may have violated labor law and the terms of the franchise by purchasing the blue t-shirts for its employees and by having access to the personal information of workers who it alleged had signed a petition seeking to withdraw from the CWA.

“It all adds up very, very simply to union-busting,” said Mr. Lander.

Mr. Mastro claimed the poll and the petition were both legal—claiming the signatories to the latter voluntarily disclosed their information and that it proved Brooklyn Cablevision workers want to leave the CWA. He argued the only legitimate arbiter of the accusations is the NLRB, though he repeatedly indicated that he anticipated the final decision would end up of the hands of the court system should the federal body—which Mr. Dolan has called “a tool of big labor”—decide against the company.

“At the end of the day, Cablevision expects to be vindicated,” he said.

The NLRB has decided no vote on the union status of the branch can go forward until the charges against the company are resolved.

The Working Families Party also blasted Mr. Mastro in a statement sent to the Observer.

“In Mr. Mastro’s universe, everybody who disagrees with his corporate clients is guilty no matter what the facts. As Mastro well knows, the US Attorney’s Office opened an investigation into the claims he is making and closed it with no findings of wrongdoing,” said WFP director Bill Lipton.

Updated to clarify the history of the allegations against the Working Families Party in connection with Ms. Rose’s campaign, and to include comment from Mr. Lipton.